With my co-author Julie Werbel, I researched street gangs and violent extremist organizations (VEOs) to apply learning across fields. The paper challenged us to understand where street gang and VEO characteristics converge and diverge in order to apply learning from one field to the other.

One challenge was characterizing the more heterogeneous phenomenon of VEOs as there is a broader range of risk factors for and profiles of people involved in VEOs than is the case with street gangs. Still, street gangs and VEOs exhibit many similarities: both groups use violence to achieve their objectives, engage in the illicit economy, draw membership from a similar population of marginalized youth, and rely on personal connections for recruitment.

As the more developed field, gang prevention offered more lessons for CVE programming than the reverse. Probably the biggest takeaway was the importance of identifying and supporting specific individuals at risk of radicalization, at least in non-conflict contexts where individuals choose to radicalize in ways similar to individuals choosing to join a gang. Studies of violence prevention suggest that targeting services – including parent training, school enrichment programs, employment training and mental health services – to those who are truly at risk is more effective than broader prevention efforts such as public awareness campaigns or community-based improvement projects. Tightening the aperture to identify the right population may involve a recalibration of current CVE prevention efforts toward more individualized activities rather than prioritizing community tolerance and resilience overall. Given finite resources, however, such a recalibration is only possible for geographically circumscribed VE hot spots, and not for whole regions. Moreover, care must be given to providing services without triggering community or law enforcement suspicions about the beneficiaries, but gang prevention programs have had generally good success in this regard.

A key challenge in targeting CVE services more narrowly lies in understanding the VE dynamics in a given locale at a given point in time. VE dynamics are diverse and can shift within short periods of time. In the current “fourth” wave of VE (since 2012), it has become clear that an increasing number of European jihadists have a criminal past. A recent sample of 79 European jihadists found that 57% had been incarcerated prior to their radicalization.1 While prisons serve as a locus of VE recruitment in other parts of the world, recruits with a criminal past make up a smaller portion of all VEs. Given the heterogeneity among extremists, VE risk assessments need to be tailored to specific contexts. A CVE risk assessment tool needs to enable that kind of tailoring to guide prevention services for at-risk individuals.

Yet a focus on at-risk individuals may have less salience in conflict-affected environments where group inequality and identity may be factors, communities act in response to a threat and individuals may have less freedom to choose VEO membership. Those joining or supporting VE organizations in conflict-affected contexts may be mobilizing for survival such as Sunnis in Iraq, or may be coerced into joining as in communities seized by Boko Haram. In these contexts, programming should place greater emphasis on socio-economic and political inclusion and conflict management and mitigation than on at-risk individuals. These recommendations have implications for gang prevention efforts too. In settings where gangs are paramount and individual choice is more constrained, such as some neighborhoods in Honduras or El Salvador, programming should address broader conflict dynamics and underlying governance deficits alongside more individualized prevention services. 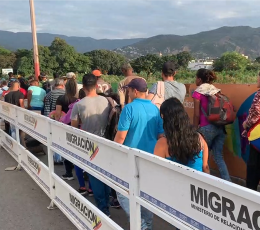 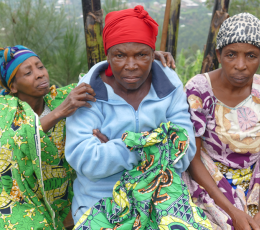 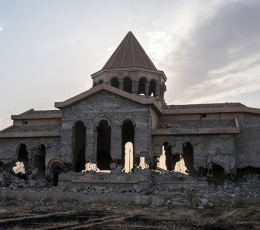 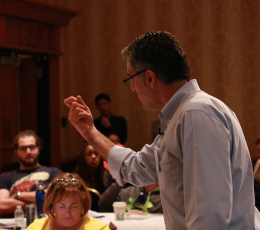 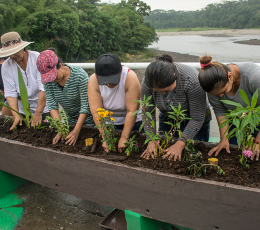