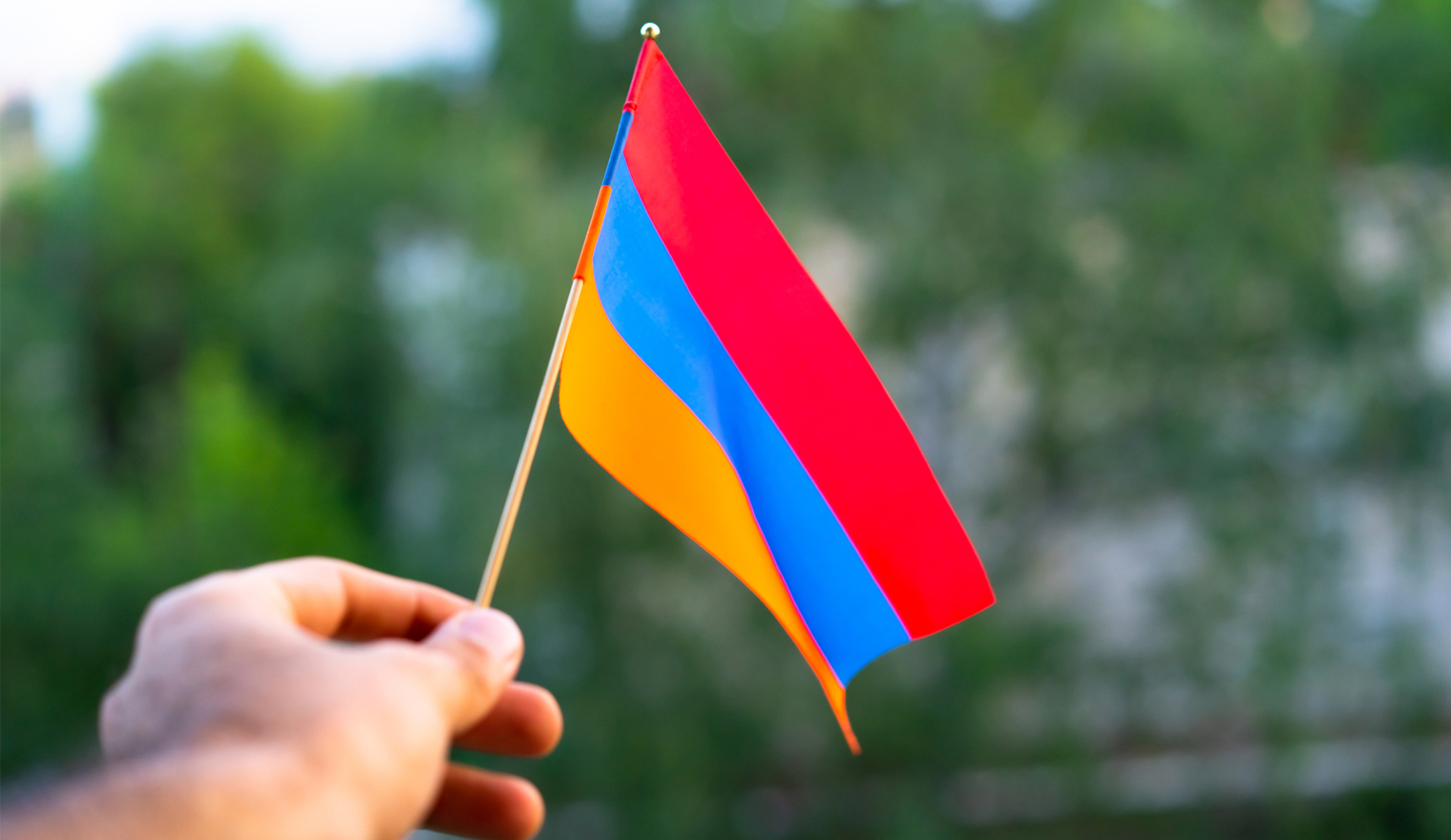 In the early 1990s, Armenia commenced its post-Soviet trajectory with high democratic expectations. What followed was more than two decades of alternating hope and disappointment as promising pronouncements about far-reaching reform never materialized. I’ve been a witness to this history, having made several trips to Armenia over the past 25 years while also following developments from afar.

I’ve never been as hopeful about the prospect for democratic consolidation as I am now, fully recognizing formidable challenges confronting the government and citizenry.

The people-powered Velvet Revolution created a historic opportunity to leave behind the cynicism-inducing false starts since independence and to enter an era of accountable, responsive governance, respect for rule of law and fundamental rights, and of broader socio-economic wellbeing.

At the beginning of the year, just prior to COVID-19, I was in Armenia’s capital of Yerevan as part of MSI’s work under USAID’s Office of Transition Initiatives (OTI) Armenia Support Initiative (ASI). It had been a few years since my last visit and the city literally felt different. It wasn’t all the new and renovated buildings or the explosion of small and medium-sized businesses, including plenty of chic restaurants. Rather, it was the energy emanating from people on the street, a palpable sense the country is poised to make good on the stated aspirations of the government of Prime Minister Pashinyan to transform the antiquated political system. Having been catapulted to office following mass demonstrations against corruption and impunity and widespread economic hardship, Pashinyan committed to build a dynamic and durable democracy accountable to its people, free from the shackles of grand corruption, and which delivers quality, reliable services.

While surveys show the government continues to have robust support, there is legitimate concern that a little less than two years after coming to power, patience will soon wear thin if the government cannot demonstrate meaningful progress in key spheres.

It cannot backtrack on its previously articulated bold vision even if officeholders now have a fuller appreciation of the monumental task before them. The leadership must communicate credibly and effectively about where it is registering success as well as where progress is proving elusive. In the latter case, the government must tell the public in concrete terms what it is planning to do to overcome the obstacles to moving the reform agenda forward. It becomes less and less credible to blame the previous regime regardless of the reality that structural and normative change take time even if things are going relatively well.

The outbreak of COVID-19 and its impact on Armenia’s public health and economy only amplify the pressure on the government to both deliver on reforms and communicate forthrightly with the public.

The protest movement that led to Pashinyan becoming prime minister included a large percentage of young people who were fed up with endemic corruption and accompanying impunity. They understood that nothing is more corrosive to a political system and to citizens’ trust in public institutions than the scourge of corruption and the failure of a judicial system to bring perpetrators to justice.

It’s no accident that fighting corruption within government and across the entire society is among the very highest priorities of the Pashinyan administration. Progress in this battle is key to sustaining the momentum of democratic transformation more broadly. The newly established Corruption Prevention Commission (CPC) will be a critical actor in this undertaking and is already demonstrating the leadership, determination and political acumen to confront this complex challenge. Other government institutions will have to step up, and donor countries can help accelerate sustainable reforms if they prioritize coordination.

The determined civil society activists who were instrumental in bringing about the political transition will remain a force in shaping Armenia’s political evolution. In multiple conversations I had, it was very evident that these committed reformers understand the need to maintain pressure on the government to implement its ambitious agenda. The community must continue to carry out its watchdog function, holding the new government accountable and pressing for greater transparency and responsiveness to citizens’ concerns while also collaborating where their goals align. This will require real fortitude because many talented pro-democracy advocates made the jump to serve in government, some in senior positions. Thus far, those who remained in the advocacy community do not seem hesitant to provide constructive criticism to the new decisionmakers.

At the same time, those who have responded to the opportunity to serve are learning that contesting political power is quite different than exercising it. Institutionalizing change is hard and complicated. Moreover, they face the prospect of trying to root out corruption and undertake other structural reforms when many powerful actors from previous regimes and the business world continue to exercise influence and possess considerable resources to back efforts designed to undermine the government’s credibility and to derail system reform. These oligarchs often own media platforms, allowing them to masquerade as reliable independent sources of information while continuously attacking the Pashinyan administration.

Other remnants of earlier governments also pose roadblocks. The highest court in the land has a large majority of justices who are hostile to political reform, leading the prime minister to consider a referendum to remove the judges. That option became a logistics casualty of the COVID-19 emergency, but the government is now seeking their removal through legislation. Public support for changing the court’s composition is high but even some government backers express concern about the consequences for rule of law going forward if justices are proactively replaced rather than awaiting their ordinary departure.

Among the other challenges that need to be addressed by the government are two that have largely been neglected by previous policymakers. Armenia is a small country of fewer than three million people and is very homogeneous, but there is a serious problem regarding the marginalization of women as representatives of several human rights groups pointed out to me. Women face various forms of discrimination in multiple spheres, including the workplace, while gender-based violence is common and significantly under-reported. Such treatment is a reflection of patriarchal and traditional social norms. The statistics reveal the magnitude of the problem. The World Economic Forum, in its Global Gender Gap Report 2020, ranks Armenia 98th out of 153 countries, and 148th on the sub-index regarding health and survival. The LGBT community likewise must deal with intense discrimination while homophobia is widespread.

Marginalization also applies geographically as rural areas have not received anywhere near the attention and resources that the capital has. Armenia is much more than Yerevan, even if the capital accounts for some 40% of the entire population. Rural residents have been short-changed when it comes to access to services and investment by the state more broadly. It is imperative that citizens in the regions also benefit from democratic reforms in their everyday lives. Working in multiple regions across Armenia, ASI has supported local communities, youth groups, municipalities and citizens of all ages to engage with local and regional governments to improve their communities. Our team works to sustain the legacy of ownership and empathy that Armenians have demonstrated repeatedly throughout history.

Geo-politics presents another challenge (and opportunity) for the Pashinyan government. Armenia and its neighbor Azerbaijan are locked in a “frozen conflict” over the disputed Nagorno-Karabakh border region. While major fighting stopped in 1994, the territory remains a dangerous, potential flash point. Prime Minister Pashinyan is the first leader of post-Soviet Armenia without deep ties to the region, prompting speculation that he would have more latitude to seek a compromise with his Azerbaijani counterpart. Recent spikes of conflict along the border in Tavush region—a previously quiet part of the border—as well as planned joint Azerbaijan-Turkey military exercises have brought this conflict back to the forefront of Armenians’ minds during the summer of 2020.

Despite myriad challenges and hurdles, Armenia is poised to become one the very few former Soviet republics to make the journey to a full-fledged democratic nation. So, what happens next? From the perspective of our work in Armenia, it is all-important to help sustain the trajectory of democratic and government reform and demonstrate tangible impact to the citizenry. To build and sustain the public’s confidence, the prime minister’s office and the CPC need to continue to communicate effectively with the public, conveying progress while also listening attentively to grievances and ideas to address ongoing concerns. ASI and its local partners are working closely with the Armenian government to help them get out the word about the very tangible steps they are taking to advance political reform. We are providing equipment and technical assistance to improve the government’s strategic communications efforts, bolstering its ability to reach and engage with citizens.

In a world that’s in turmoil, where authoritarian regimes seek to silence their critics at home while also collaborating to undermine democratic norms, values and institutions internationally, it is extremely heartening to see democratic progress being made in a partner country. There is good reason to have confidence that Armenia will continue its determined journey to build a resilient and vibrant democracy that reflects and rewards citizens’ refusal to give up on their widely shared dream. 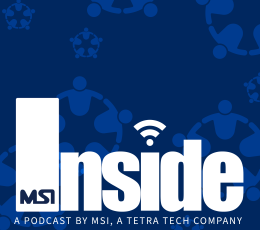 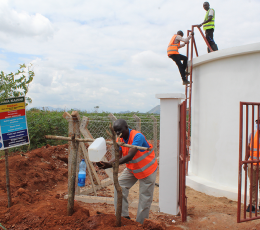 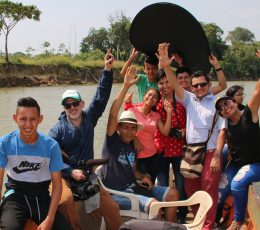 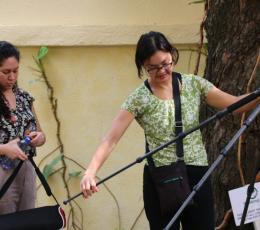